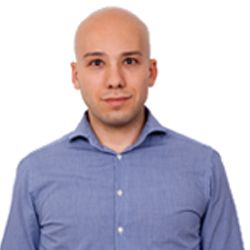 Fifty-nine percent of new subscribers will never open and read your emails, according to a study by Epsilon.

This leaves you with 41 percent who might do that occasionally.

Still, the average opening rate across all industries is 21.73 percent, according to GetResponse. If your results are lower than this, you have problems.

In all cases, in order to stay in business you should do your best to increase your open rates.

For those of you who don’t know why you’re getting bad results, we have prepared a special post to explain why people open emails in the first place.

The email is delivered in their inbox

People will never get the chance to open and read your emails if they are not delivered in their inbox.

You might not realize this, but one out of five messages have failed to reach the inbox in 2016.

In order for your email to reach the inbox, it must bypass both gateway and spam filters.

Malicious or untrustworthy emails are often blocked by the gateway, so they don’t even reach the junk folder.

If an email gets past that, spam filters look at the reputation of the sender, subscriber engagement, and the content to decide if it should be placed in the inbox or the spam folder.

If you always use the same IP address and domain name and use authentication techniques, you will be seen as more trustworthy. This may lead to a stronger sending reputation, and you will have a higher chance of your emails landing in the inbox.

On the other hand, emails sent from a new IP address and domains are treated with caution and might have a lower reputation.

Some of the parameters formulating your reputation score are:

Check out The Ultimate Guide to Email Deliverability to learn more about how to ensure your emails land in the inbox.

It takes 10 seconds to run. You can do that every time before sending out a campaign. That way you will be able to optimize your deliverability rates and get more emails into the inboxes of your subscribers.

Keep in mind that in Gmail, your emails might also land in the promotional tab.

Ian Brodie wrote a great guide explaining how to escape it and land in the inbox again.

You send emails at the right time

One of the main reasons why people won’t open your emails is simply because you’re sending them at the wrong time.

23.8 percent of all email opens occur during the first hour of delivery. After 24 hours, there is less than a 1 percent chance that your email will be opened and read.

This means even if you have the best subject line, you diminish your chances of your message being seen and opened if you send it at the wrong time.

On the other hand, even not-so-interesting emails might be opened if they are sent at the right time.

According to more than 10 studies, Tuesday is the weekday with the highest average open rates of about 18 percent.

However, Saturday is the day with the highest open rates, at 18.3 percent.

Because of the sender’s name

Sixty-four percent of subscribers say that their biggest reason to open an email is the because of who it is from.

This is much more important than your subject line, offer, intro paragraph, and expected length.

The reason for this is very simple: people can tell from past experiences if your emails are worth opening or not.

If they remember you and know that you will only email them highly valuable and relevant information, you will most likely have higher open rates.

To achieve this, you should be:

Consistent when it comes to how frequently you email your list – if they expect to hear from you once per week, don’t miss sending your emails.

Otherwise, they might forget about you, and your open rates will drop.

Consistent when it comes to value you provide to your list – only email your list when you have something important to say and when your message includes something of interest to your list.

This could be an offer, news, free resources or anything else of value.

Use the right sender’s name – HubSpot conducted a test comparing a generic “HubSpot” sender’s name to a personal name from their marketing team.

What they found was that the personal email “Maggie Georgieva, HubSpot” outperformed the generic “HubSpot” email both for open rates and CTR.

So forget about sending from company and no-reply emails.

Your best approach here should be to pick one person as the face of your company. Then you should send every single email from his or her name.

That way, people will be able to remember that person and they will be more likely to open your emails.

Because they are in the right list or segment

According to a research by Mixpanel, an email campaign sent to a smaller number of recipients tends to generate higher open rates.

Simply sending an email to up to 1,000 people will generate you twice the number of open rates than if you do that to 5,000 people.

The reason for this is very simple: larger email blasts are less targeted and relevant for each specific subscriber.

This means that simply by creating more specific and highly-targeted campaigns for smaller segments of your list, you will increase your open rates.

To increase your results, be sure to target segments based on your subscribers’ interests, behavior, and profile.

Check out our blog post How to Increase Open Rates by 14% with Targeted Email Marketing to learn how to use relevancy to improve the results that you get out of email marketing.

Because of the subject line

Thirty-five percent of email recipients open email based on subject line alone, according to Convince and Convert.

That makes it one of the most important factors to consider when it comes to increasing your open rates.

But what can you do to achieve it?

Keep subject lines short – according to a study made by Retention Science, email subject lines with six to 10 words have the highest open rates – an average of 21 percent.

Subject lines with up to five words have the second best open rates – 16 percent.

Use nice words – Mixpanel found that being appreciative and including nice words such as “thank you,” “thanks,” “please,” or “sorry” helps you increase open rates.

When doing that, their open rates increased to 22.98 percent.

On the other hand, being demanding will decrease your open rates.

For example: when using exclamation points, Mixpanel sees a fall in open rates to 10.92 percent.

So no exclamation points! Also, don’t use all capital letters, as this make it look like you’re shouting at your subscribers, which is not a nice thing.

Use “how to” – this word by itself implies that you’re going to teach and offer value.

As long as it is accompanied by something that is of interest to your audience, you will see a good opening rate.

The more specific you are here, the better.

So, a subject line like “How to get 10,000 subscribers this month” is more specific than just “How to grow your email list.”

Offer something for free – Emails with the word “Free” in the subject line were opened 10 percent more often than those without, according to Sidekick.

It’s good to mention that emails that include sales words like “offer,” “discount,” “close,” or “sale” don’t have very good open rates. For Mixpanel, this is 10.34 percent.

But keep in mind that everybody can still be a qualified buyer.

However, 58 percent of people still say they that receiving discounts and special offers are the top reason for subscribing to a newsletter.

Announcing something new – introducing your subscribers to something they’ve never seen before will totally get their attention.

According to a study by Campaign Monitor, using words like “introducing” and “new” in your subject lines will increase your open rates by 9.45 percent and 3.26 percent, respectively.

Examples of subject lines using this formula are:

Be negative – Derek Halpern from Social triggers ran a split test and changed one word in his subject line that brought him 35 percent more clicks.

And these are the two versions:

Version A: When is The PERFECT time for a meeting, client call, or a webinar?

Version B: When is The WORST time for a meeting, client call, or a webinar?

In turned out that version B, the email with the negative hook, got him 35 percent better results.

The reason for this is simple: people are willing to fight harder to prevent loss than to potentially gain.

In fact, almost twice as hard. Research shows that someone will fight as hard to prevent losing $50 as to gain $100.

So that way, if you’re selling conversion consulting, it is much smarter to tell people they are losing sales you rightfully earned than to explain to them how they can increase sales by 20 percent.

Offer something exclusive – if you make people feel special, they will appreciate it more. Everybody wants to be part of the elite or the selected few.

That’s why it is a smart idea to use words like “VIP,” “exclusive,” and “invitation.”

Use words like “Exclusive invitation” or “VIP access” in your subject lines and your open rates will skyrocket.

Cover a controversial topic about current events – pick a trending topic in your niche and cover it on your blog. It must be something that is really emotional for your audience.

For example: let’s imagine you’re covering the SEO niche and your audience is worried that link-building strategies no longer work. In this case, you can write “Link building is not dead: 10 strategies that still work in 2016.”

Use numbers – Campaign Monitor has proved that using a number in your subject lines increase open rates by 57 percent.

This is probably because it sets the expectation of exactly what you’re going to get from opening the email.

When you’re explaining a process, a lower number will make it sound like it is easier to do.

When you’re simply offering tips on a different way to do something, a higher number will do better because it will increase the value of the post.

If you think about this, it all makes sense. Our name is our favorite word in the world is and it is designed to draw our attention.

A group of researchers proved that people respond differently when hearing their own name compared to hearing names of others.

The study concluded that there are several regions in the left hemisphere of the brain that show greater activation to one’s own name.

Check out our blog post How to Write Catchy E-mail Subject Lines and Increase Open Rates to learn more about the process of writing subject lines that helps you increase open rates.

People open emails because they believe your message has value to them.

Never forget that it is about them, not about you.

Focus on offering massive value with your campaigns. That way people will remember you, spam filters will have few reasons to filter you, and your emails will be opened more often. 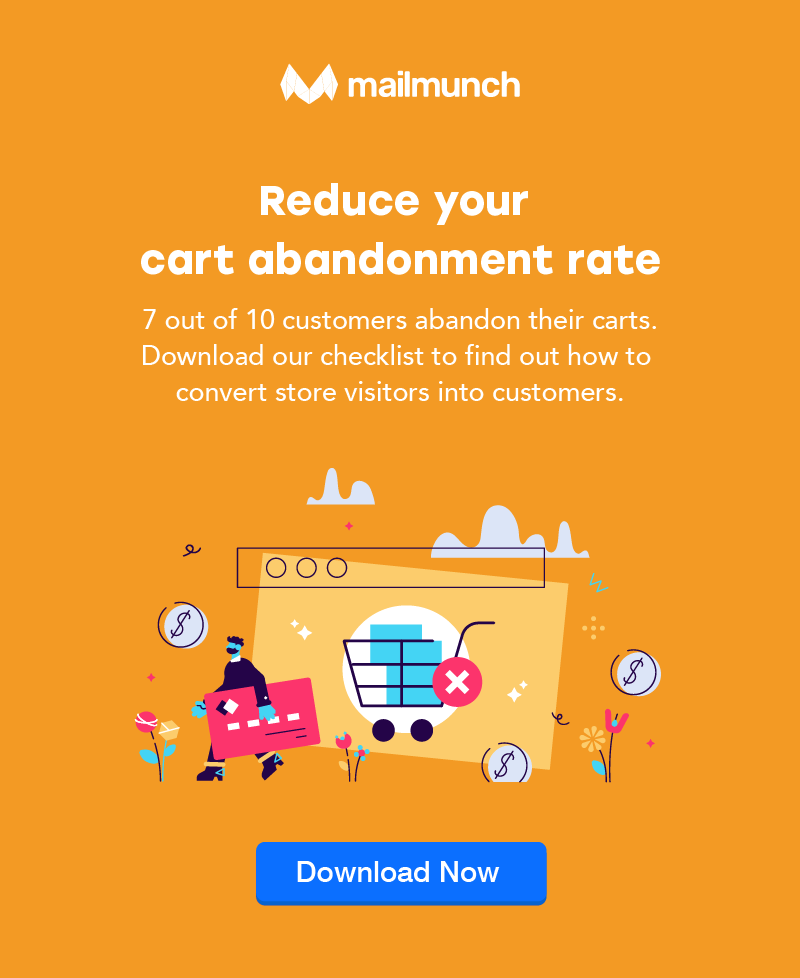 Take a fresh start with the new Mailmunch platform — simpler yet powerful!
What is Marketing Automation?
Email Whitelisting Best Practices for 2021
The Anatomy of Great Newsletter Design (including 10+ Examples)
We Asked the Experts: Is The Email Blast a Bust? 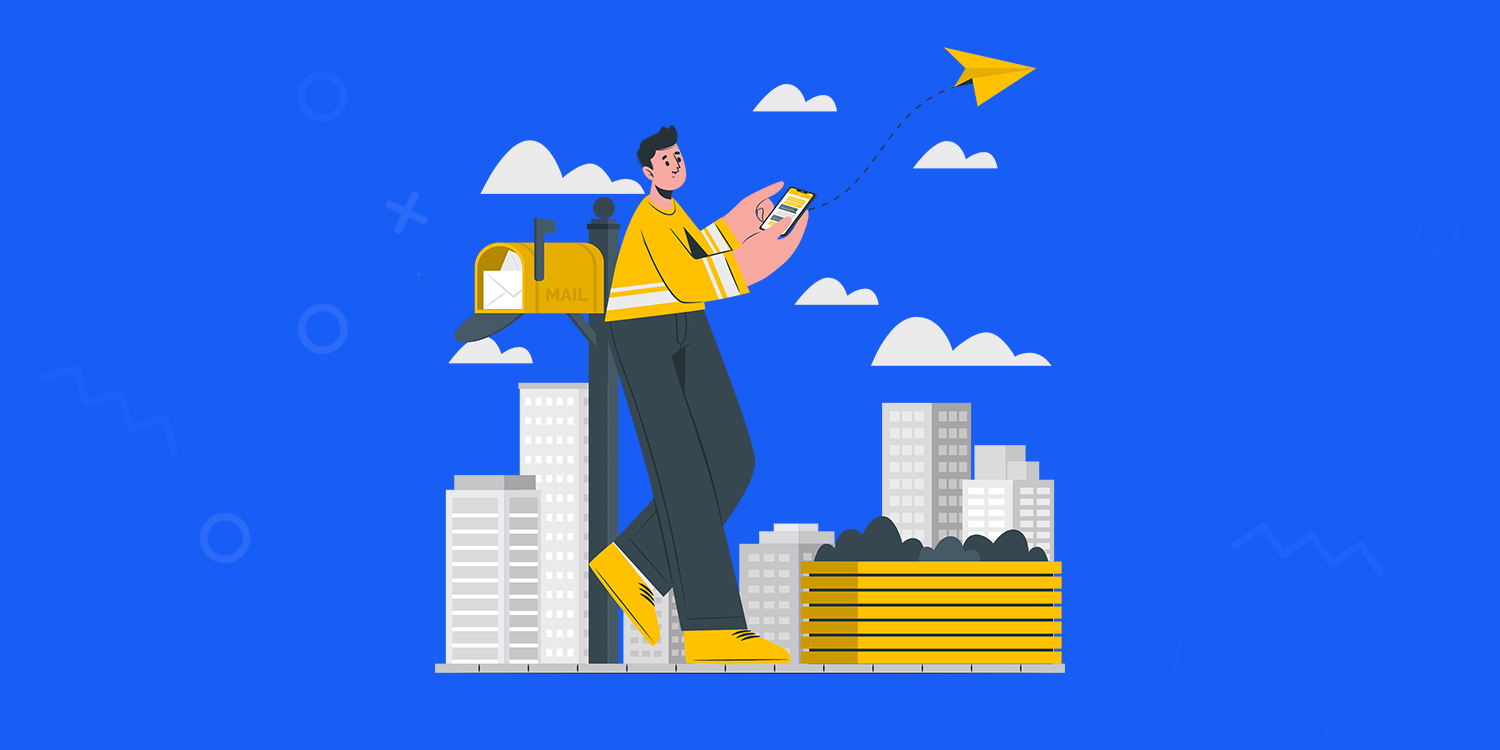 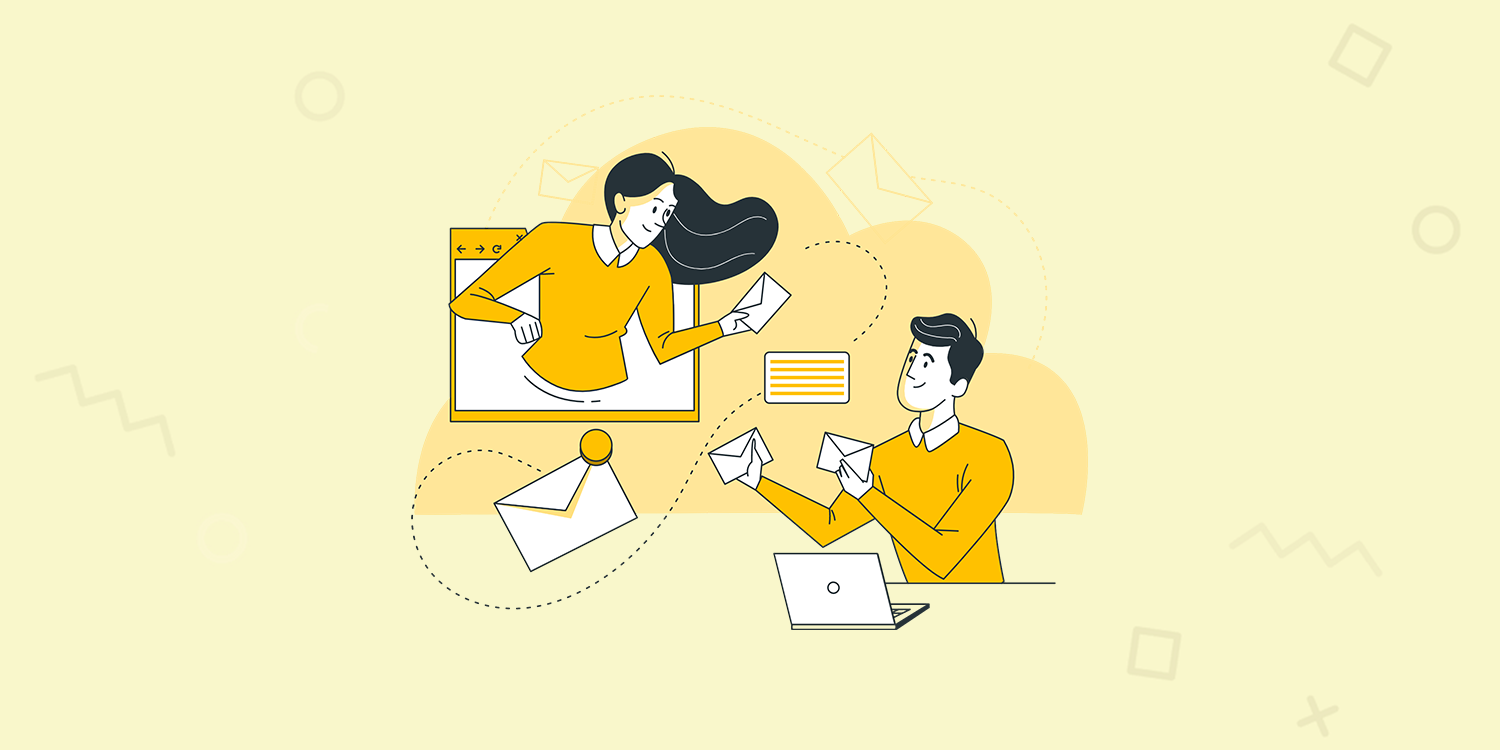 What is a Follow-Up Email? 9 Steps to Automate Your Follow Up Email Sequence [2022] 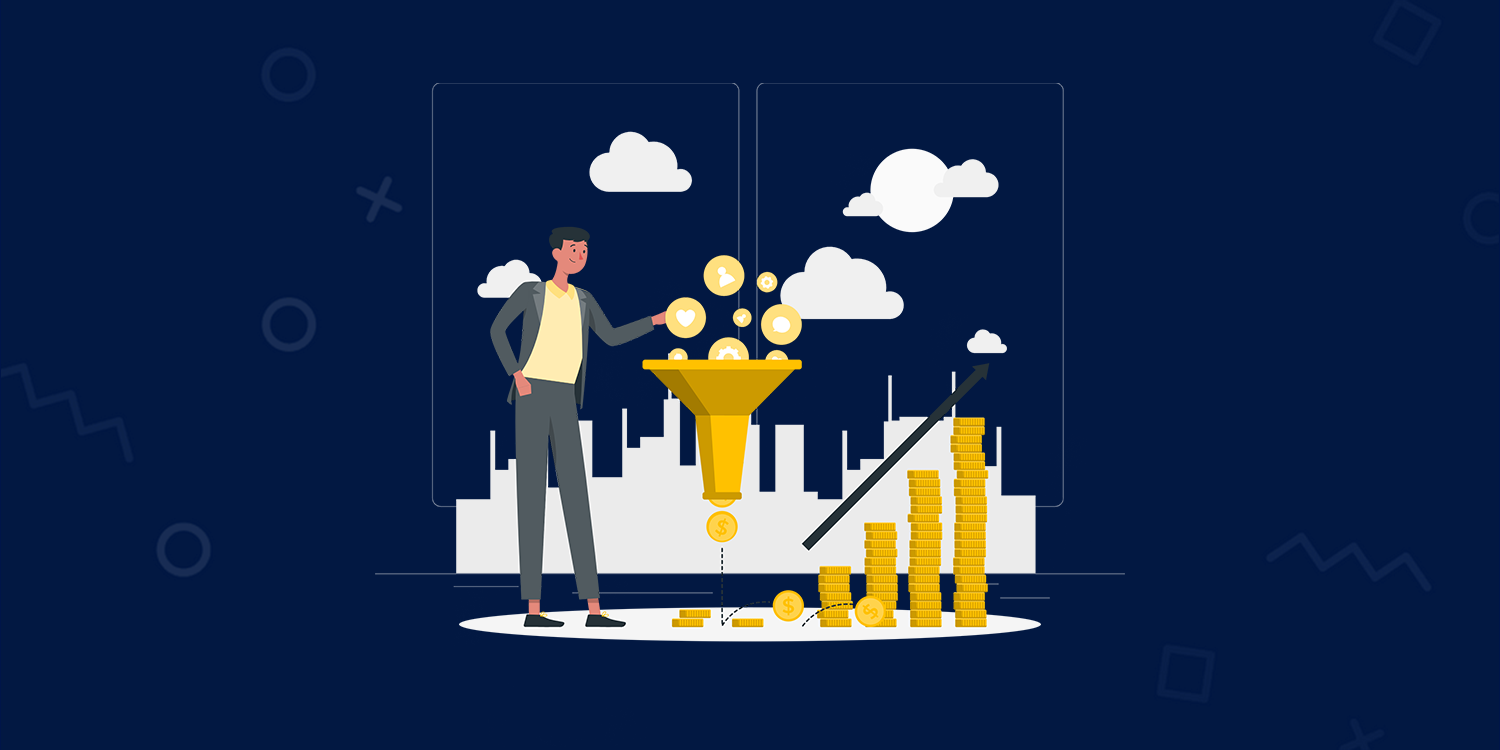 What is Email Marketing Conversion Rate? 13 Tips to Double it [2022]